Obituary for James I. Yetter 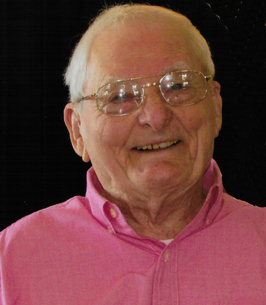 James I. “Jim” Yetter, 95, of Mifflintown, passed away at 4:17 PM on Sunday, December 20, 2020, at his residence surrounded by his family.
Born on November 17, 1925 in Mifflintown, Juniata County, he is a son of the late John S. Sr. and Olive (McCans) Yetter. On June 30, 1950, he married his late wife, Marian M. “Mickey” (Bailor) Yetter, with whom he was blessed to share more than 41 years of marriage before she preceded him in death on December 8, 1991. His late companion, Mildred E. “Milly” Hosler, also preceded him in death.
Surviving are a daughter, Debra Schlegel and her husband Donald of Mifflintown; four grandchildren, Nathan Schlegel and his wife Valerie of Mifflintown, Nichole Garrett and her husband Daniel of York, Troy Schlegel of Mifflin, and Todd Schlegel of Richfield; and he leaves behind four previous great grandchildren, Kaden Schlegel, Conner Schlegel, Jenna Schlegel, and Zachary Schlegel.
In addition to his parents, wife, and companion, he was preceded in death by a daughter, Joyce R. Yetter on November 30, 1985; and he was the last of his generation having been preceded in death by two sisters, Nellie Hale and Helen Woods and two brothers, John S. Yetter Jr. and Paul M. Yetter.
He was a 1943 graduate of Juniata Joint High School and proudly served his country during World War II in the U.S. Navy where he served on the U.S.S. Fuller in the Pacific Theater.
In 1947, he became self-employed as an Electrician with Yetter’s Electric in Mifflintown and continued to work as long as his health permitted.
His memberships included the Messiah Lutheran Church, Past Master and Member of the Union Lodge No. 324 F & AM, Crawford-Brubaker VFW Post 5863, American Legion Post 298, Mifflintown Lions Club, all of Mifflintown, and the Tall Cedars of Lebanon, Juniata Valley Forest No. 88; and a former member of the Lost Creek Golf Club, and the Juniata Rod and Gun Club .
He loved to golf, being with the Friday night poker gang, fishing; however, his greatest joy was spending time with his family and friends.
A public graveside funeral service will be held at 11:00 AM, on Thursday, December 24, 2020, from the Westminster Presbyterian Cemetery, Mifflintown with the Vicar Samuel J. Leister officiating.
For those who desire, memorial donations in Mr. Yetter’s memory may be made to the Messiah Lutheran Church, 3 S. Third St., Mifflintown, PA 17059.
The Brown Funeral Homes, Inc., 100 Bridge Street, Mifflintown, has been entrusted with the arrangements.