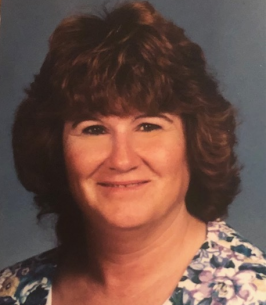 Born on September 2, 1954 in Lewistown, Mifflin County, she is the daughter of Betty (Ruby) Burns of Mifflintown and the late Hubert Weaver. On December 5, 2003, she married her surviving husband, Russell H. “Rusty” Walters, Jr., with whom she was blessed to share more than 17 years of marriage.

In addition to her father, she was preceded in death by: one son, Jason N. Losch; and two brothers, Terry Weaver and Andy Weaver.

Cindy was a 1972 graduate of Lewistown Area High School and was employed and retired with over 10 years of service to the Pennsylvania State House of Representatives in Harrisburg as a Custodian.

She was a member of the Brown’s United Methodist Church in McAlisterville where she served as a Sunday School Teacher in her earlier life, was a constant supporter of local area blood drives, and was a financial contributor to the Disabled American Veterans.

She enjoyed flower gardening; however, she cherished the time spent with her family, especially her grandchildren the most.

A visitation will be held from 6:00 PM until the time of the Memorial Services at 7:00 PM on Friday, October 15, at the church.

In lieu of flowers, memorial contributions may be made in Mrs. Walters memory to the American Cancer Society, 1375 Martin Street, Ste. 206, State College, PA or to the Brown’s United Methodist Church,, 33762 Route 35 North, McAlisterville, PA 17049.