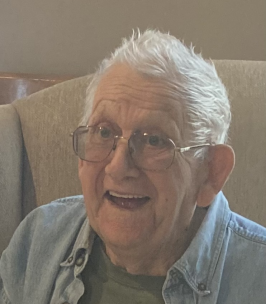 Born on May 28, 1940, in Delaware Township, Juniata County, he is a son of the late Russell and Lola Jane (Dunn) Bassler. On May 2, 1959, he married his surviving wife, Kathryn R. “Kitty” (Snyder) Dunn, with whom he was blessed to share over 63 years of marriage before his passing.

In addition to his parents, he was preceded in death by a great-grandson, Curtis Randal Naylor, Jr. and a brother-in-law, Richard Gilson.

Mr. Dunn was employed for 10 years at the Harrisburg State Hospital as a Registered Nurse; then was employed for 30 years as a Manager at Shirk’s Construction in Richfield; and finally was employed and retired at the age of 75 from Tru-built Lumber in Sunbury. He and his wife were also the former owners and operators of C and C Sports Shop and Shooting Range in Heister Valley, outside of Richfield.

His memberships included: the East Salem United Methodist Church, the Middleburg Lodge #619 F&A.M., the Harrisburg Consistory, A.A.S.R., a Member and Past President of the Richfield Lion’s Club, and a former Zone Chairman.

Bob enjoyed hunting, fishing, and being with his family, especially his grandchildren.

Funeral Services will be held at 11:15 AM, Tuesday, June 7, 2022 at the East Salem United Methodist Church, 7398 Route 235, Mifflintown, PA 17059 with Pastor Donald Walters officiating. Interment will follow in Union Memorial Gardens in Mifflintown.