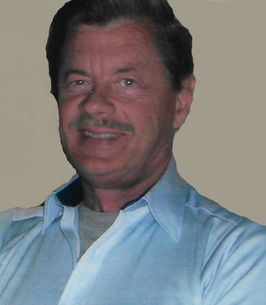 Gary W. Parson,69, of Mifflintown, passed away at 2:33 p.m. Wednesday, June 29, 2022 at the UPMC Community Osteopathic Hospital, Harrisburg.
Born on August 8,1952 in Lewistown, Mifflin County, he was a son of the late Charles W. and Kathryn (Burdge) Parson. On October 12,2014 he married his surviving wife, Donna L. (Rossman) Parson, with whom he was blessed with almost eight years of marriage.
Surviving are a son, Shawn J. Parson and his wife Lindsey, of Honey Grove two step sons, Eric J. Howell and his wife, Janice of Reedsville, Michael D. Howell, Jr. and his wife, Susan of Virginia, a brother, Wayne D. Parson and his wife Cynthia (Sis), of Marysville and he leaves behind 4 grandchildren, Colin Parson, Cassi Parson, Wyatt Howell and Marina Howell.
His career with the railroad started with Conrail, and he retired from Norfolk Southern of Lewistown with 25 years of service as a car inspector.
He was a 1970 graduate of Juniata Joint High School, and a member of the Arch Rock United Methodist Church, also Union Lodge No. 324 F.&A.M., all of Mifflintown, the Harrisburg Consistory A.A.S.R. and the National Rifle Association.
Gary was an avid hunter, who relished the time he got to spend hunting with his grandchildren. He also belonged to the Grindstone Cowboys hunting camp, where he served as the cook.
Funeral services will be held at 10:00 a.m. on Wednesday, July 6, 2022, from the Brown Funeral Homes, Inc., 100 Bridge St., Mifflintown with the Pastor Gerald Miller officiating. Interment will follow in the Union Memorial Gardens, Mifflintown.
Viewing will be held from 6:00 p.m. until 8:00 p.m. on Tuesday, July 5 at the funeral home, where at 7:45 p.m. a Masonic Service will be accorded by his lodge.
For those who desire memorial contributions in Mr. Parson’s memory may be made to the Arch Rock United Methodist Church, c/o-Martha J. Ritter, Treasurer, P.O. Box 164, Mifflin, PA 17058.