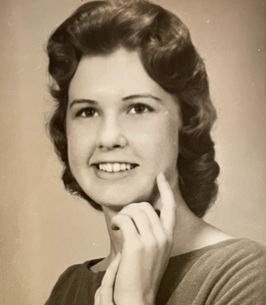 Eunice C. Sellers, 79, of Mifflintown, passed away at 12:35 p.m. on Tuesday, August 16, 2022 at her residence.
Born on March 10, 1943 in Lewistown, Mifflin County, she was a daughter of the late Edgar and Mary E. (Swartz) Leister. On August 15 1989 , she married her late husband, Edgar A. Sellers with whom she was blessed to share almost 16 years of marriage before he preceded her in death on March 6, 2006.
Surviving are; her children, Brian K. Mohr, of Owings Mills, MD, Brent J. Mohr, of Ardmore, and Jennifer L. Blackley, of Redland, CA, two Step Daughters, Tina Marie Sellers,
of Wasilla, AK, Jennifer E. Sellers, of Etters, PA; a brother, Clarence E. Leister, of Greencastle, also 6 grandchildren.
In addition to her parents she was preceded in death by a brother Donald Leister and two sisters, Ruth Mae Gustafson and Thelma Jean Alexander,
Eunice had a gift for sewing and quilting. She also had a love of cooking and collecting tea pots and developed a passion for her family genealogy.
A funeral will be held at 11 a.m. on Tuesday, August 23, 2022 from the Brown Funeral Homes Inc., 111 Westfall St., McAlisterville with Pastor Wes Stahl officiating. Interment will follow in the East Salem Cemetery.
There will be no viewing, however; a visitation will be held from 10 a.m. until the time of the service at the funeral home.
The family will provide all funeral flowers and kindly ask that memorial contributions in Mrs. Sellers memory may be made to the R.O.F.F., P.O. Box 6, Lewistown, PA 17044.